3d-io is happy to announce the next version of Spotmask! 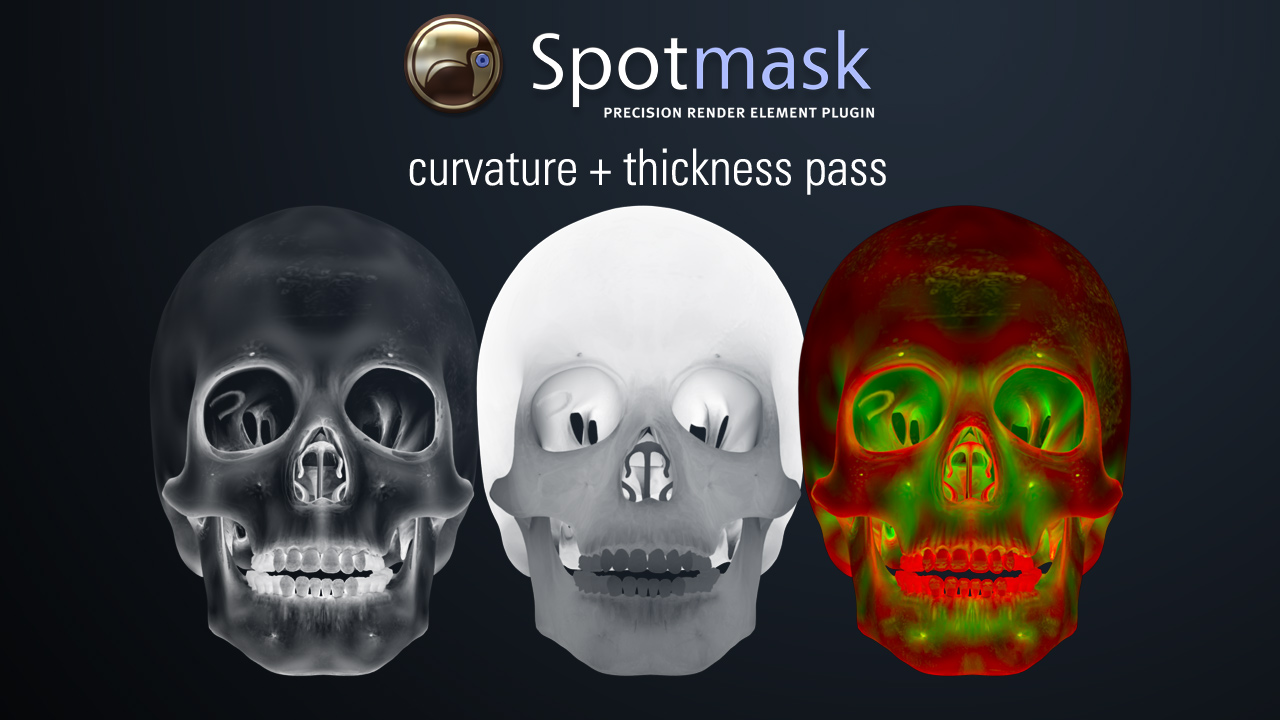 The Curvature render element determines how strongly the surface of objects bends at any given location. It differentiates between convex and concave angles. This information can be used during post-processing to detect and modify grooves and ridges on objects. 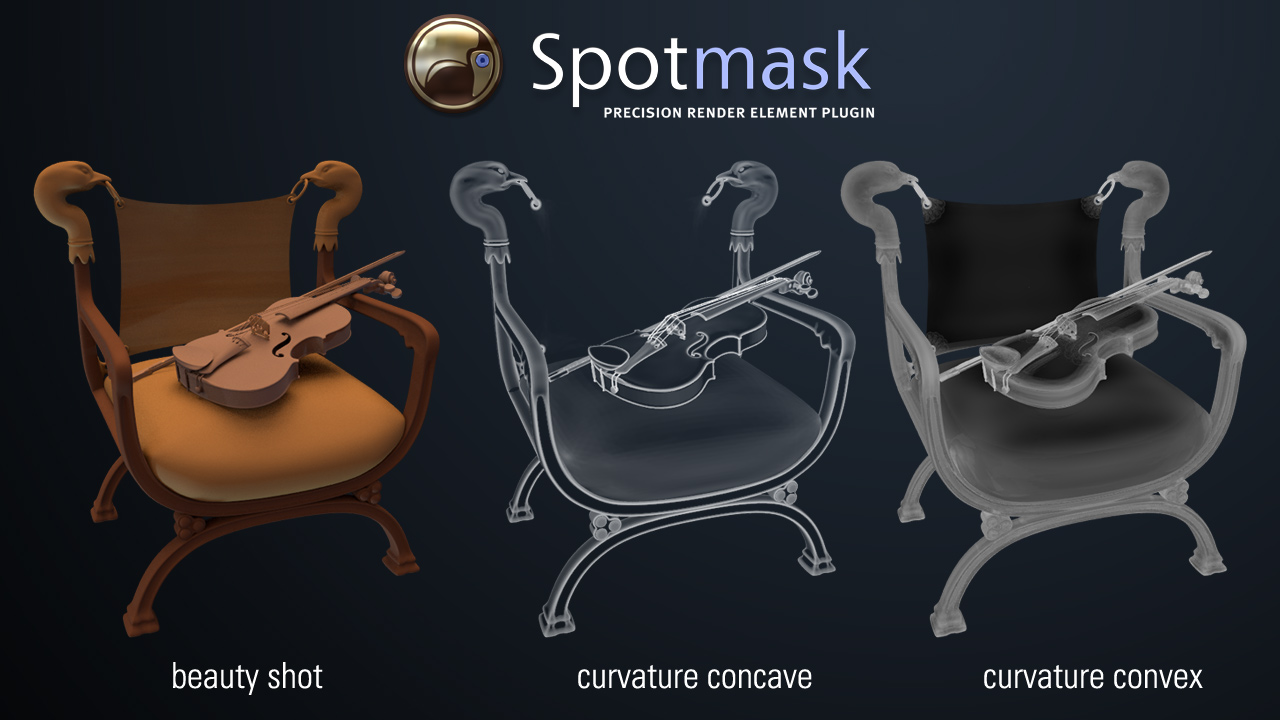 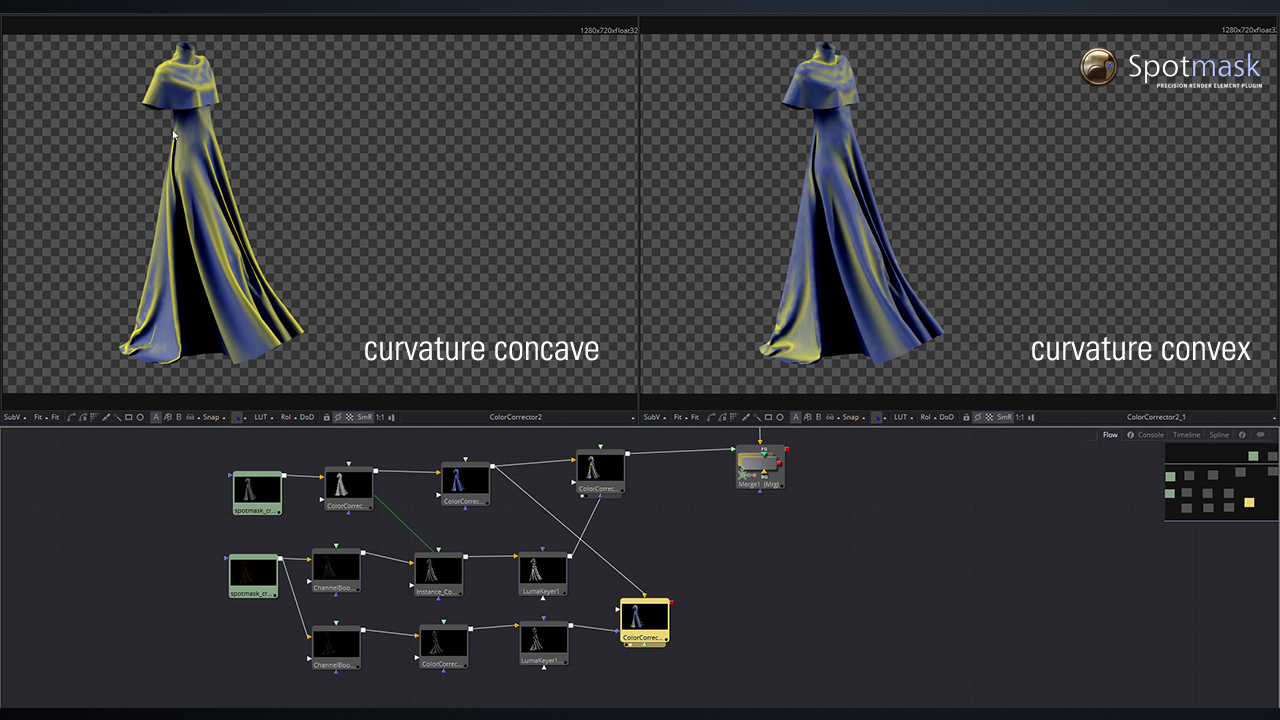 Thickness is a render element that determines the volume thickness of objects over their surface. This information can later be used to add modifications like transparency or coloration to objects based on volume instead of being uniform. 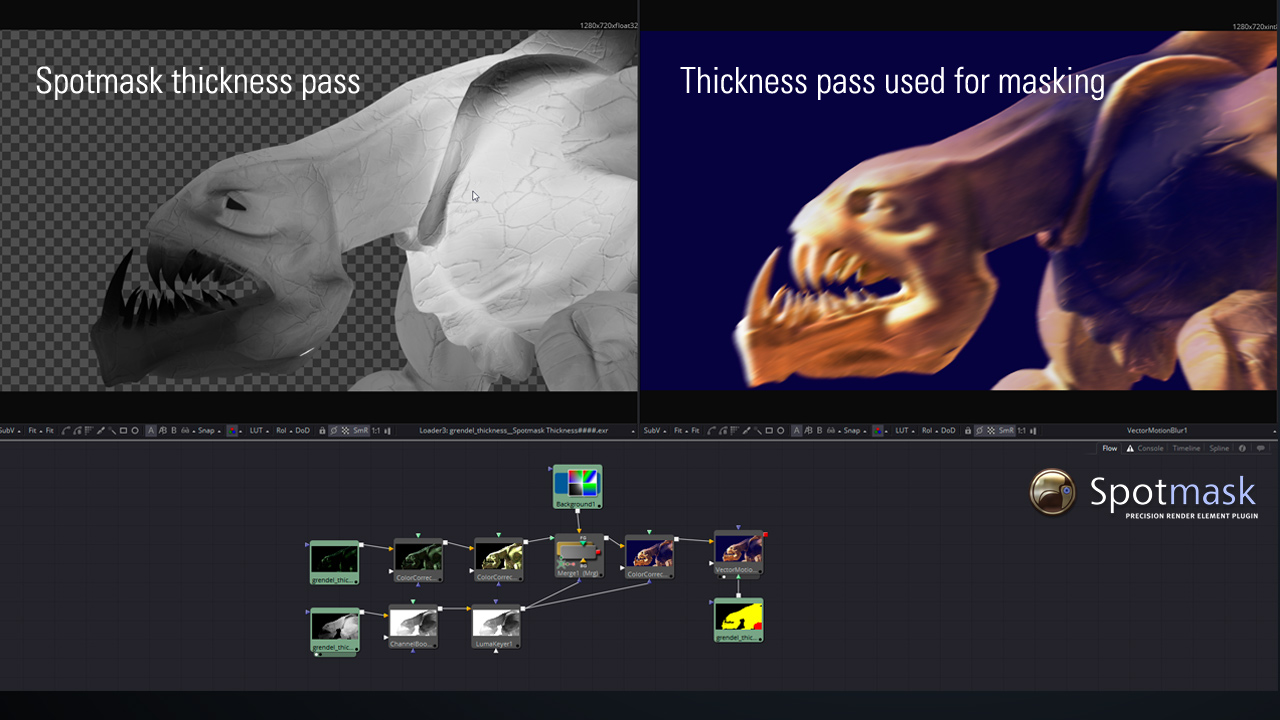